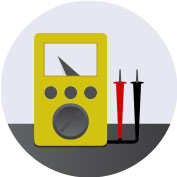 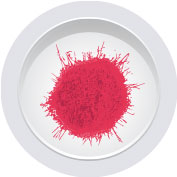 Doctors are still not 100% sure what causes Rheumatoid arthritis (RA). They know it is linked to smoking, (1) diets with low quantity of antioxidants, (2) and genetic factors(3). They do know it is an autoimmune disorder. The disease is similar to a wound that never heals. Two important symptoms of RA are hypoxia and high levels of oxidative stress, caused by Reactive Oxygen Species (ROS). There are two common ways that ROS are formed. One is through metabolism, oxygen is the final electron acceptor in production of ATP and sometimes the electron escapes and an ROS is formed (4). The other important way is through the immune system. White blood cells, especially phagocytes and neutrophiles, release large quantities of ROS when they find a threat (5).

The body has many buffering systems and feedback loops to maintain homeostasis and engages them to raise the Oxygen concentrations and lower the ROS concentrations. The ROS begin to trigger the formation of antioxidants such as superoxide dismutase, glutathione peroxidase, catalase and other peroxidases, thioredoxin reductase. Hypoxia induces the formation of Hypoxia-inducible-factor-1α. This enzyme triggers many chemical cascades responses one of which triggers angiogenisis. The new blood vessels provide another source of white blood cells and Oxygen which are two producers of ROS. People who suffer from arthritis see cycling between hypoxic and oxygenated states which result in bursts of ROS production. The wound attempts to heal itself but instead recreates the conditions of the wound.(4)

Juvinium arthritic treatment would break the most damaging aspect of this immunilogical cycling by providing antioxidants to the joint. Juvinium is able to penetrate through the skin, muscle and bones through the principles of electro-ionic exchange and find the ROS causing the cellular damage. As opposed to eating antioxidants which will not likely end up where they are needed, with Juvinium arthritic treatment users would be able to very specifically target the site they want to treat and increase or decrease the voltage to control how penetrating it is.